FINANCE AVAILABLE!! TRADE INS ACCEPTED!!
This Pilot comes with a prior salvage title!
REAR ENTERTAINMENT SYSTEM!
The 2014 Honda Pilot isn’t the newest kid on the block. In contrast to many recently redesigned, large crossover SUV rivals, the Pilot remains largely unchanged since the second-generation model debuted back in 2009. Its age proves to be a disadvantage in a few key areas, though the 2014 Pilot still merits consideration, especially if you need seating for eight. 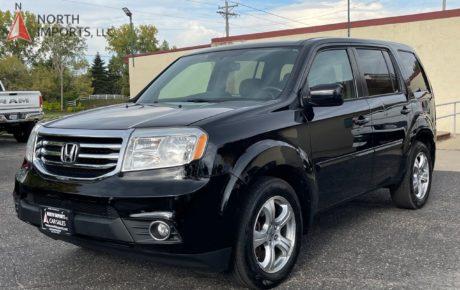